All of these problems have been fixed by the release of a new ddraw patch specifically for Warcraft 2! You can read how to install it here. This fix will eventually be included in future versions of War2Combat.


The old article with descriptions of various glitches fixed by the ddraw patch follows.

Depending on your version of Windows you may encounter some display glitches when connecting to War2.ru. This article provides an overview of the most common problems. 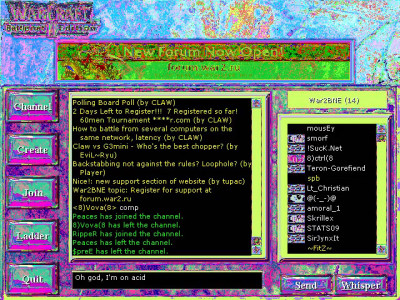 Description of the Problem:
The colors of the chat lobby background images become skewed giving a mutlicolored / rainbow / technicolor / acid flashback effect. The issue affects the chat lobby only and resolves once you create or join a game.
This is an issue related to the (old) ddraw patch included in War2Combat that happens when you Alt+tab to the desktop and back. One known workaround is to use Task Manager to end the explorer.exe process before starting Warcraft II. You can also use the “Win7 Colorfix” utility available on the Downloads page to do the same thing automatically. 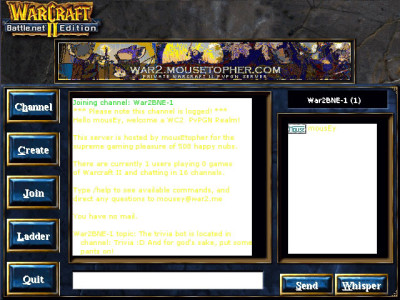 Description of the Problem:
The send message box, chat window and player list all have solid white backgrounds, plus a few other minor visual distortions. Usually happens after Alt+tabbing.
This problem occurs as the result of having rotating ad banners installed in PvPGN. Currently server.war2.ru has a static ad banner so you should not encounter this problem. 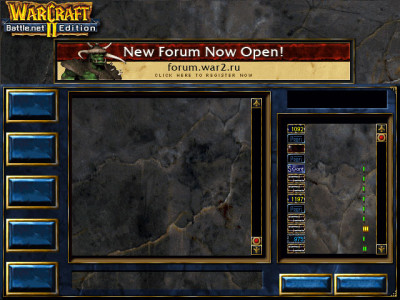 Description of the Problem:
When attempting to capture a screenshot of the chat lobby, the chat window, buttons, player list and other areas are blank/missing text.
This is a known issue caused by the (old) ddraw patch included in War2Combat and has no known workaround. 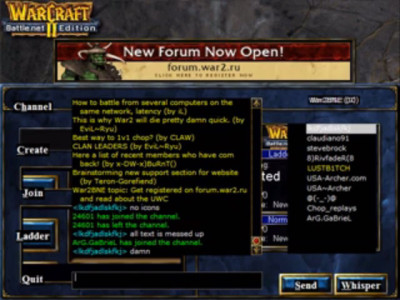 Description of the Problem:
When navigating around the chat lobby windows & text fields appear to overlap one another. Buttons & other text have a solid black background.
This glitch happens sometimes in newer versions of Windows (8 & 10). There is no known solution at this time. 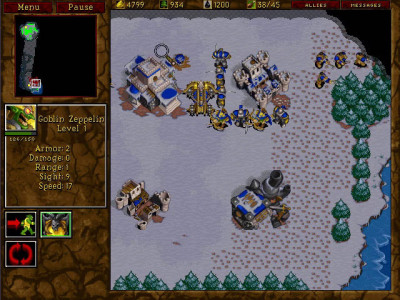 Description of the Problem:
The unit color of your opponents is displayed incorrectly on the mini map. In the screenshot to the right you can see blue appears red. Another example can be seen here.
This probem occurs in old versions of Warcraft 2 including Battle.net edition and previous versions of War2Combat. It has been corrected by the (old) ddraw patch included in the latest version of War2Combat. 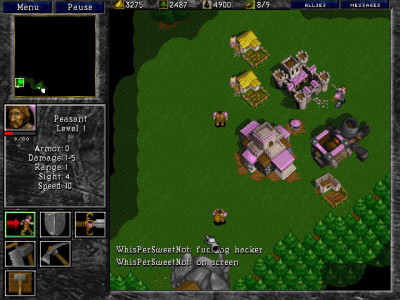 Description of the Problem:
When playing a game the player that would normally have the unit color black appears to be pink instead.
This isn’t a bug — “Black to Pink” is a feature built into War2Combat since v3.15 because pink > black, and also because black is difficult to see on the mini map with the forest tileset. It is a selectable option when installing War2Combat; if you’d like to remove it simply rerun the installer and uncheck the “Black to Pink” option.