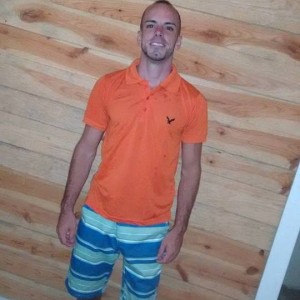 If the strategy is simplified and the task is OCD, I'm typically one of the fastest and best.

Being defensive. I always like to be the aggressor, and as soon as I'm attacked, it's pretty much over and I lose.

Personally I would like for people to realize this is just a game and to leave their egos back home.

I would also like to change the hosting issues so that the game is more attractive to new and old players.

My favorite strategy is to rush. The later the game gets the worse I get.

I'd rather regret the things I have done than the things I haven't. My Warcraft 2 regret is not learning classic maps earlier. My "real life" regret would be that I didn't run 5ks professionally.

I personally think I am a top 5 all time well-rounded customs player.
I have had sex with over 100 people before I hit the age of 25.
Warcraft 2 is my personal favorite game of all time and I am stubbornly stupid in regards to I don't know why there aren't thousands playing this game [still].

Most memorable Warcraft 2 gaming times were the early 2000s when there were games galore and the variety of clans, clan hopping, stealth bots, channel flooding etc were at its' height.

I typically bash anyone that has a bad Type A personality and simply "doesn't get it". I am a go-getter and it makes me mad that people with zero aspirations that are intentional welfare recipients that play Warcraft 2 for 12 hours a day can still find the time to criticize others.

I stand up for social justice.

People typically don't like to play me in customs because it's usually a written off L.

Everyone else "doesn't matter" in the sense that they were only primes or the bests for short periods of time that are no longer applicable. People can argue GanZ or Shotgun or Ash or anyone like that, but if they were the best, it was so long ago or for such a short period of time and then they quit, that it does not matter. There are plenty of honorable mentions that could argue the case of "best of all time" but I don't want to go there because they decided not to stick around.
(Here you've got all the Magic Johnsons, Larry Birds, Wilt Chamberlains, Kobe Bryants, Dwyane Wades, Shaqs and what not).

If a player quit in 2000 but claims "they are the best of all time" then they are sorely mistaken, because legends and addicts were born after their time.

I started on Kali at the age of 6. I rose in the top 70 on ladder.
I played on Kali, Heat and Zone. I think I got my first prepubescent boner when BNE finally came out. Once it did, my parents got a divorce and my dad didn't believe in video games. So I probably only played about 30-60 days a year from 1997 to 2015.

My akas are recognizable to most legends/players in the customs community. My name is 'known' among many .pud players but they are probably less aware of my strengths and weaknesses.

I'm here to stay and I will be potentially launching a financial campaign to help overhaul .Ru and help get War2 back to its' glory days. Anyone pessimistic about that never played on Kahn/Engage/Kali or anything so they can go divulge and sulk in disparity on their own time.