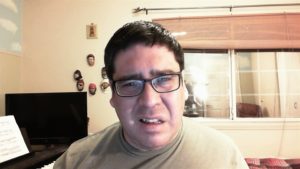 Getting exceedingly angry and very wroth.

I change what I desire.

OOO CONFESSIONS OOOOOOOOOO. Ok. Wow. Ok. I took this peon... navigated it through the trees, made him hack a tree and after about 45 minutes of the game I still had him holding the trees in his hands. I AM SO SORRY MAN. MAN.... TERRIBLE MAN.

I suspect that Shotgun when playing uses his feet to hit keyboard commands to improve and speed up his game.

Playing the #1 ranked cases ladder Lynch_Mob ~1999 on kali.net on Plains of Snow EF High res nh (no hacks). We each did the same strategy after scouting, (he was top right, I was bottom right:) he walled in fast lust with 2 dwarves; I walled in fast lust with 2 dwarves. He got lust a little faster and made his attack just before I was going to leave my base and obliterated everything I had.

Christ, and all his accomplishments.

A university I went to gave me the email address 'jessu001;' based upon my last name, Jessup. When logging onto bnet, it asked for 'username' so I just typed that in. Was hard to get a game when bnet was more epitomized because the name was an automatic ban.

Of winning, moving units, being wonderful for the game?

I went to the bathroom. I came out. I had prayed. I decided to go into war2 (~2004.) I lifted up the bible. After not following the bible the way I did, started to learn the game competitively in ~2012 though since then I still haven't amassed a total of 3600 games on gow ef. In 1998 I had restrictions, and the modem was connected to the phone line so if someone called the house the game would end.... I could only play Fridays and Saturdays and for limited hours (on kali.net). Stopped ~1999.

War 2 is a game of notions that is not parting to disaster, but can overcome obstacles in one's life through negotiation of units, and commanding of various discrepancies and unit restrictions that is momentous for the obliteration of the other persons' base.