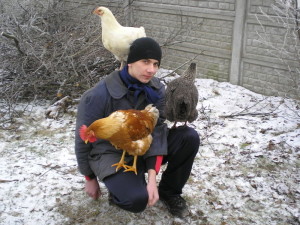 Microing peons in chop farms, good lategame in BNE's, controlling many groups of units at the same time (Only useful in macro oriented customs and certain chop maps). I'm also a good player at all maps, which implies general understanding and knowledge.
I'm good at adaptation and countering players once I know their playstyle.
I have a great war2 memory.

I'm a shitty-ass towerer in neighbour wars. I have a low diversity of strategies and depend on my macro skills, aiming for mid+ game and prefering safe games.
I'm not really a team player and always preferred 1v1s.
I also get tilted by braviets mid-game ogres. Fuck braviet

Well, I would certainly add more people to the playerbase so I could hop in anytime and join a game. I believe this is the main reason why I got discouraged from playing - nothing wrong with the game itself really.

As for the balance, Blizzard blows. Humans and orcs are basically mirrored apart from spells. I would nerf bloodlust a little and change humans - church on keep + buffed archers/rangers. We would see from there... the general idea is to make humans stronger mid-game and orcs lategame. It would open a window to new strategies including archer/ranger unit, more emphasis on sappers and level 5 rushes.

1 hall power every game gets boring.

Flaming vanwilder until he disconnects so I can claim my easy win.

As for the real "strategy" part, I'd (unfortunately) go for the chop farms strategy - 4 cannon / 2 cannon+peonwalk rush on left-middle/right-middle. I swear to god this is the strongest strategy around, I can't beat it myself and I invented it. There was close to none good strategies before I introduced it and the spot was considered to be the shittiest.

I regret that there's no "kill every hacker" button. Other than that, no regrets really. W2 was meant to have fun and I, unlike some, never really took it seriously. The gameplay - sure - but all the personal drama people brought with them? Meh.

I like all the w2 players I met IRL :-) That includes 2 people from poland and 3 people from other countries.

The two people I suspect of hacking - swiftone and braviet.
Swiftone is confirmed really, but braviet? That faggot is great at what he does, always seem to know/counter and is very lucky. I requested a warvideo from our series once and never received it. Also, it's hard to trust all the great players when there's no warvideos of themselves floating around.

Warvideo mandatory for big tournaments - great content for new players, "w2 moments" could be montaged from them, maybe tournament previews? And, ofc, a decent hacker-discouraging toon.

Requesting SS should be a priviledge and restricted to those who are not regularly banned/punished for requesting ss, those who never framed anyone, those who never DDoS'ed the server etc.
Paperboys SS requests should not be taken seriously.
GanzTheLegend is a shitty player and a ladder abuser.
Not every opinion matters and opinions of players are not weighted equally - that's life and a difference between a retard and a sage.

All the chop games ranging from 2006 to 2008 when I've rapidly become great.
Funny alleria series with {hR}'s.
I enjoted 2v2v2v2 chops on east and this one PoS FFA game which I won by camping like a complete faggot (bottom right spot, chopped to the mine at 6 o'clock, just raping people with d&d).

I love muschili for teaching me how to multicast in 2005.

Being the greatest chop chop player for a long time.
Being one of the best all-around custom players.
Beating regular gow players which instantly tilted them.

One of the names, CSVTR, was a string of random letters which I typed when saving one of my Sid Meider's civilization 2 games. That save was great and I wubbed it.

As for the "cptclawtheinvincible" alias, you should watch Onion Movie and the "Proteus the invincible" part to really understand the persona under that alias.

I threw all the legends into the dumpster and decided to watch the gameplay of players to see for myself. I acquired a lot of warvideos and ViruZ was easily the most impressive. The difference between him and swift was large.

Scrubbo? Nerzyman? Barra? Bring me the videos and I shall judge.

I started February 2005, played mostly chop chop on Europe and US.East. However, I enjoy all kinds of map so my BNE and Pball skills kinda improved as well. I am a fan of replays and acquired HUGE parts of my playstyle from them, which made the learning process much faster.

I observed, analyzed and played until I became relevant in w2 community. However, I never got involved on "personal" level and looked down on people from W2 games and forums. The feeling was mutual, I think.
Most of the links to tournaments I participated in and won are probably dead, but only GOW tournaments were truly revelant and I never won any of them... unless we count the super-fast-dead Equinox UWC league from 2015.