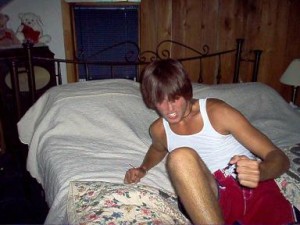 Keeping on the pressure

Not playing kali more/earlier and developing my own clan there

My favorite times were back when I was allying LyubM. We had good team chemistry and there was good competition.

My attitude and style of play

Started on AOL, was always better than most of the competition. Started playing Kali pickups but played AOL mostly for my first few years. I played on IRC on MAG also during my aol days. I made ventures to the IGL team ladders, but I allied my AOL friends and we couldn?t get higher than rank 6 or so.

I started playing on kali exclusively after AOL died, and got to #1 on cases single and Team with Azteca by joining Divine Intervention. Unlike previous DI members, I didn't kiss his ass so I was taken off the roster after some petty squabble about me making a smurf team with Kramer. After Bnet, I mostly allied Nex and others against Azteca and KHB. KHB had a falling out with Az and joined me and nex?s little clan. After the Seattle net party, me Az and khb hit it off well and all decided to reform DI and have dominated since then.