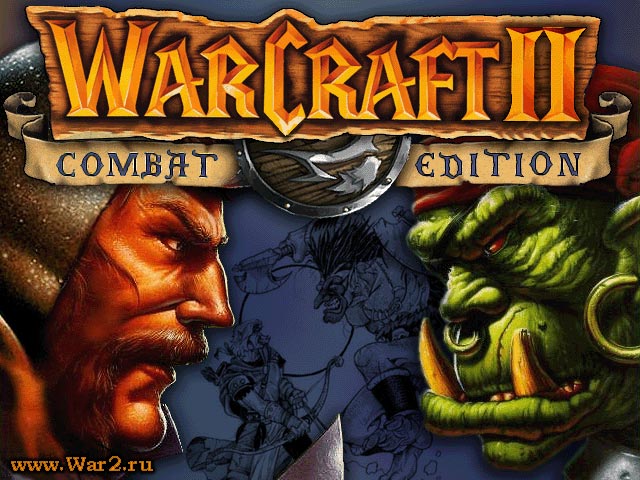 Warcraft II: Combat Edition, aka War2Combat, is not just one of many builds for popular Blizzard games.
This is a project that has been developing over the past 15 years, being in fact the standard of modern Warcraft II for the entire active global community of online Warcraft II players.

As a result, the most talented programmers were recruited, specializing precisely in the nuances of graphics in old and new Windows, and after numerous tests, they jointly refined the graphics to the desired perfect result.
This result continues to be actively used by the community, therefore any slightest problems are immediately identified and promptly corrected.

Although Warcraft II Combat was originally developed as a project for multiplayer – it also worked out the details of a single player game to the smallest detail:

The most important feature of War2Combat is that the project is being developed with love for the game, by people who actively play it for people who also love war2 and have been playing it for more than 20 years – from the very first days!
And all these people were engaged in and continue to do it for free, in order that everyone could play the best warcraft 2!

Light version includes the same as standard one except:

Full version includes the same as standard one plus:

now combat not requires to manage any CD-keys after being installed by GoG. It just uses GoG’s cd-keys, together with GoG.
GoG’s KeyChanger added to combat.
at the same time, install.exe have been renamed to install.mpq. (Also by GoG 2.0.2.1)

AIE – AI Extended, version 3.03
New AI by Rotonda makes the computer players better. AI can “select” different strategies for different maps.
New AI can be used ONLY on maps from “aie” directory. AI would be standard on usual maps.

Maps in Scenarios and Scenarios_Sea directories require game type “Use Map Settings” and default resources.
All the maps have been tested, and you can win on all maps although it can be difficult.

Created by zzzKOTzzz and iL

Idea and first versions by zzzKOTzzz,
Update and revision by il (versions 3.xx)
Updates in v3.1 & 3.15 by Lightbringer-